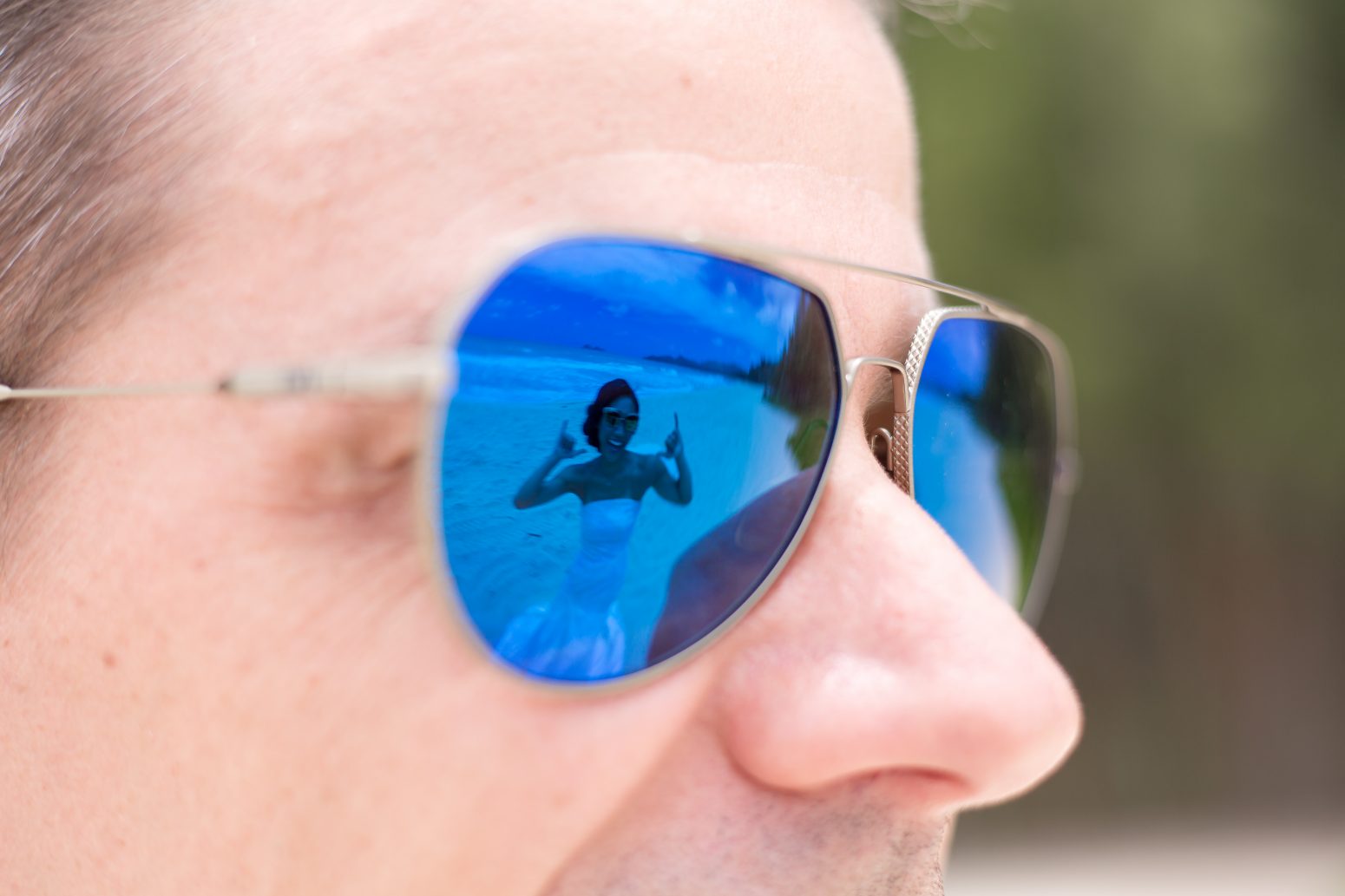 Sunglasses are not only a great accessory, but a crucial tool to help protect our eyes from harmful UV rays. But how did this creation of sunglasses come to exist? And how did it become a staple for both fashion and convenience?

In prehistoric times, the Inuit peoples wore walrus ivory shades with slits cut into them to help prevent snow blindness. Although these were not made to block out sun, they are the first case of people creating a tool for eye protection. When it comes to glasses that protect eyes from sun specifically, this dates all the way back to the 12th century in ancient China. Back then, the lenses were made out of flat planes of smoky quartz. These were used primarily by the rich and had no corrective functions for vision or blocking harmful UV rays, but did provide some relief from the sun glare. Eventually, the lenses were darkened and used by Chinese judges to help hide their emotions during interrogations.

Now we jump forward all the way to 18th century Europe. This is when optician James Ayscough came up with the idea that glasses could be used for those with poor eyesight. He created blue and green tinted lenses for those with vision problems in 1752, which became a sort of precursor to sunglasses. Fast forward to the 20th century, and we finally start to see sunglasses similar to those we use today. Sunglasses became especially popular among Hollywood stars, specifically because of the bright studio lights they were exposed to on a daily basis. Being an essential in such a glamorous industry, this naturally caused sunglasses to double as a fashion accessory. In the late 1920s, sunglasses became mass produced causing them to become more widespread across the world. Sunglasses were eventually made polarized and to protect from harmful UV rays in 1936 by Edwin H. Land.

Nowadays, UV rays are an industry standard and we can find sunglasses being sold anywhere we go. It is important to protect your eyes with high quality frames and lenses, and thanks to all those who helped build sunglasses up to where they are today, they can be used as a fashion statement as well.

This website uses cookies to improve your experience while you navigate through the website. Out of these cookies, the cookies that are categorized as necessary are stored on your browser as they are essential for the working of basic functionalities of the website. We also use third-party cookies that help us analyze and understand how you use this website. These cookies will be stored in your browser only with your consent. You also have the option to opt-out of these cookies. But opting out of some of these cookies may have an effect on your browsing experience.
Necessary Always Enabled
Necessary cookies are absolutely essential for the website to function properly. This category only includes cookies that ensures basic functionalities and security features of the website. These cookies do not store any personal information.
Non-necessary
Any cookies that may not be particularly necessary for the website to function and is used specifically to collect user personal data via analytics, ads, other embedded contents are termed as non-necessary cookies. It is mandatory to procure user consent prior to running these cookies on your website.
SAVE & ACCEPT
0